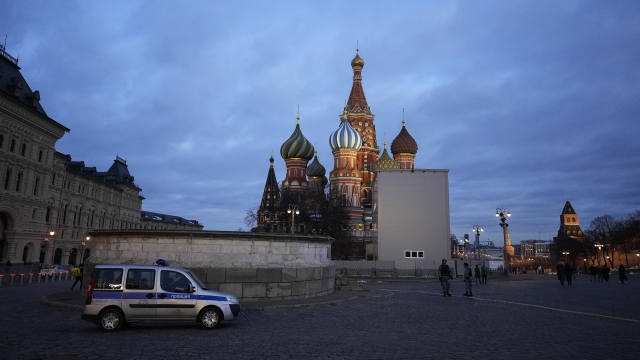 SMS
Pressure Builds For Western Countries To Cut Business Ties With Russia
By Bianca Facchinei
By Bianca Facchinei
March 11, 2022
Americans are calling on companies across all sectors to leave Russia and consumers say they'd pay more if it makes prices increase.

Corporate America is leaving Russia in droves. Hundreds of companies have left over the war in Ukraine.

But some others are still holding on.

"I think those companies are going to pay a significant economic price if they do not pull out of Russia immediately," Impact Shares Chief Engagement Officer Marvin Owens said.

As of Friday, March 11, global brands from food company Mondelez to investment firm Deutsche Bank are still operating on some level in Russia.

For some of the companies still there, part of the challenge lies in franchising internationally. For example, Subway has over 450 locations in Russia but they're independently owned and operated.

"You might find it difficult right now to actually get the materials to keep the franchise open," Markowski Investments Founder Chris Markowski said. "But if you have the stuff in the store, they can't order you to shut down."

On top of the difficulty of operating in a heavily sanctioned nation, the risk of doing business with Russia has never been higher — especially in the U.S.

Americans are calling on companies across all sectors to leave Russia and, according to a Quinnipiac poll, consumers say they're willing to pay more if that leaving makes prices rise.

It also remains unclear whether the hundreds of companies that have left Russia would return in the future, and in what capacity.

But their departure is clearly hitting the Russian economy, and eliminating jobs.