Coronavirus Spreads to More than 60 Countries 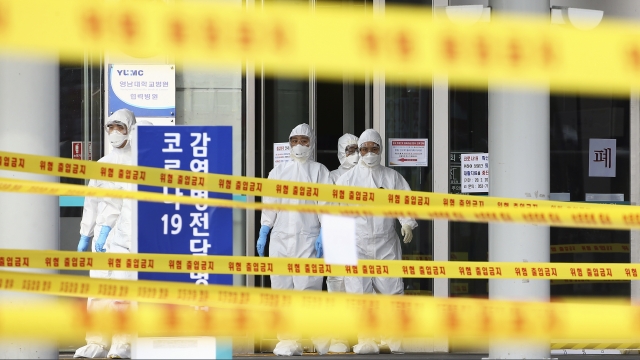 The total number of cases worldwide has surpassed 87,000 as various countries struggle to contain the virus from spreading.

The coronavirus has now spread to more than 60 countries and killed nearly 3,000 people across the world.

The Louvre in France, regarded as the most popular museum in the world and home to the Mona Lisa, closed its doors. Workers there are worried about catching the virus in a building that welcomes more than nine million visitors a year.

Italian officials say that the total number of infections spiked by roughly 40% in just one day, and numerous schools and towns have been locked down.

The death toll in Iran climbed to more than 50 as the number of confirmed cases there approached 1,000. Australia and Thailand reported their first deaths from the virus while the Dominican Republic and Czech Republic both announced their first infections.

The United States had its first death from the virus on Saturday but it's important to note that officials anticipate the number of infections to go up. Considering more tests are being made available in labs, there will surely be a spike in infections.

Some appear to be more at risk than others of dying from the virus. A report from the World Health Organization says that people over 60 and those with underlying health conditions like hypertension and diabetes are a little more vulnerable. Still, many cases of coronavirus are relatively mild. Some patients have been diagnosed and seem to show no symptoms at all.

Additional reporting by John Leicester and Colleen Barry of the Associated Press.