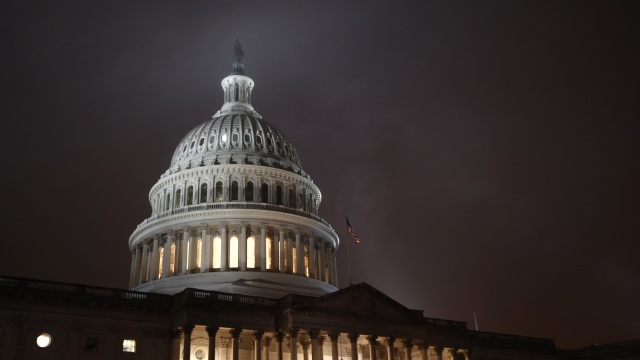 The clock is ticking on the passage of a coronavirus aid bill, and an important unemployment benefit is set to run out.

With less than a week and a half until Congress' scheduled August recess, Senate Republicans have yet to present a complete bill.

Senate Majority Leader Mitch McConnell has said he wants liability protections in the bill, something echoed by congressional Republicans:

"We ... have to give liability protections to businesses and schools," said Rep. Debbie Lesko, an Arizona Republican and member of the House Freedom Caucus. "If [businesses and schools are] acting in good faith and someone gets COVID, I don't want a bunch of frivolous lawsuits."

"Businesses can't be negligent," stressed Congressman Brett Guthrie, a Republican representing Kentucky's 2nd Congressional District. "Let's say you're a restaurant and you say, '[there’s] no [public health] requirement, we're going to crowd it and serve as many people as we can;' that's not following the guidelines."

"I think you have to have safety protections following the guidelines," he added.

Also on the table: the $600 weekly federal unemployment benefit widely supported by Democrats but set to expire at the end of this week.

"The $600 was ... if you lived in New York City [or] if you lived in rural Alabama," Guthrie told Newsy. "Everybody got the same amount of money and it does give a disincentive going back to work…. I've had some employers tell me they feel guilty in calling some of their employees back to work."

Some Democrats say they don't have a red line but will still push for funding outlined in the HEROES Act, which passed the House two months ago and has floundered in the Republican-majority Senate.

"I don't know about not supporting [the final legislation], but I will fight for funding for our cities, funding for the postal service, the extension of the unemployment, and the stimulus check," said Rep. Brenda Lawrence, a Democrat from Michigan whose district encompasses parts of Detroit.

"I don't like to say [I] won't vote on something but I will tell you I will fight to the last vote to get the things we know we need," she added.