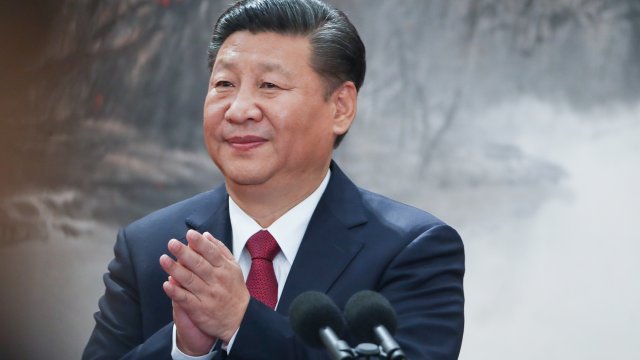 Chinese president Xi Jinping has had a firm grip on power for years. The coronavirus outbreak is challenging that hold, proving even Xi isn't immune from expectations. Soo Kim from RAND corporation says the Chinese people look to their leader in a time of need.

"If there is any cause for alarm or concern, the leader has a moral obligation to allay these concerns through action or even rhetorically, step up to the plate [and] swing the bat," Kim told Newsy.  "If you miss, at least they know you tried."

China whiffed in its initial response to the coronavirus, according to critics. The government initially said the outbreak was misinformation. It contends Xi was directing efforts behind the scenes, which allows lower-level officials to take the heat.

"Xi was trying to distance himself from the crisis so that the policy failures would be more associated with the local officials than his own aura of leadership," Kim said.

The outbreak is proving to be a political challenge as much as it is a public health concern. Kim said, while Xi has faced major  international issues before, the spread of coronavirus is different.

"In the U.S.-China trade war and Hong Kong protest, Xi Jinping and the party were able to place the blame on something else," she explains. "You can't really contain a disease and you can't suppress the people from dying and from people reporting so many deaths are happening each and every single day. There's very little the party can do to paint this image of an invincible ruler who has everything under control and is legitimate."

Xi has told the public the outbreak exposed the country's "shortcomings," acknowledging it is a crisis and a major test for the country. He said there will be short-term pain for China but promised stimulus packages to help businesses. But even when the outbreak is contained, international economic challenges remain.

"There is going to be, for instance, a bottleneck in supply chains with China's trade partners and beyond," Kim explains. Whether this is going to have long-term effects on the economy, for one thing, and also China's ability to govern is going to be interesting."