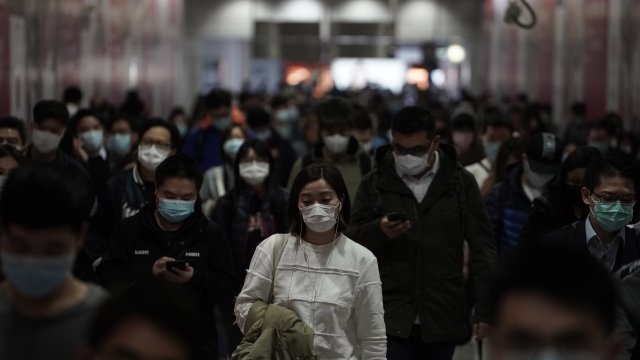 SMS
Coronavirus Outbreak Has Paused A Lot Of Small Businesses
By Matt Picht
By Matt Picht
March 5, 2020
The coronavirus outbreak in China has caused major disruption for small companies that depend on Chinese manufacturing.
SHOW TRANSCRIPT

The COVID-19 coronavirus outbreak that shut down large parts of China for weeks has prompted delays and disruptions for the small businesses and entrepreneurs that rely on crowdfunding to operate.

"A lot of people out there right now are not necessarily talking about it, but there they are absolutely getting body slammed."

C. Spike Trotman is the owner of Iron Circus Comics,  which uses Kickstarter to fund production for some of its graphic novel titles. The company uses Chinese printers to produce its books — several of which have had their release dates pushed back to account for the virus.

"Printing something in China, even with the shipping costs, it's still cheaper than printing domestically for various reasons."

China's manufacturing sector powers a lot of crowdfunded projects. Kickstarters for backpacks, board games, spice racks and mobility scooters, among other products, have all announced delays in their production thanks to the viral outbreak in China.

"To say that manufacturing is going to leave China due to a tariff, due to a virus — I don't believe that's the case."

Dave Evans is the CEO of Fictiv, a tech platform that helps connect startups and small businesses to manufacturers in China and other countries. His company has had to shift its production to other countries in order to compensate for the virus.

"What I hope happens is people see tariffs, followed shortly by coronavirus, and say, we can't do things the way that we did for the last 10 years, we need to change."

Workplaces in China are reopening around the country — but travel restrictions are keeping many factories from operating at 100 percent. China's official manufacturing index hit a low point of 37.5 last month — lower than it was during the 2008 financial crisis.