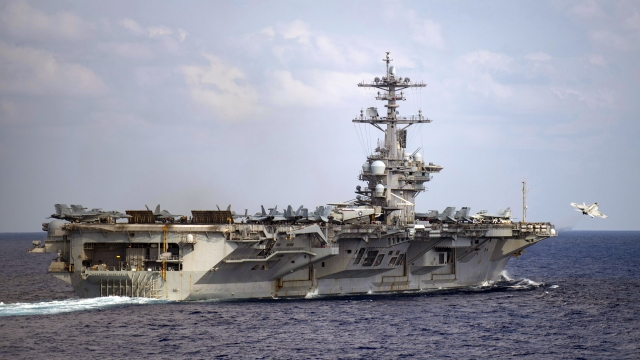 A senior Navy official told CNN on Wednesday the ships are in ports or maintenance yards. The Navy has not named the affected ships "out of a concern for operational security," in accordance with a new Defense Department policy.

The official also said another 14 ships have also reported coronavirus cases, but the impacted crew members have recovered.

More than 1,000 Navy sailors have tested positive for the virus so far, most of them on the USS Theodore Roosevelt aircraft carrier. Evacuated crew members were set to return to the ship this weekend, but that was put on hold after some sailors tested positive even after being isolated for two weeks.