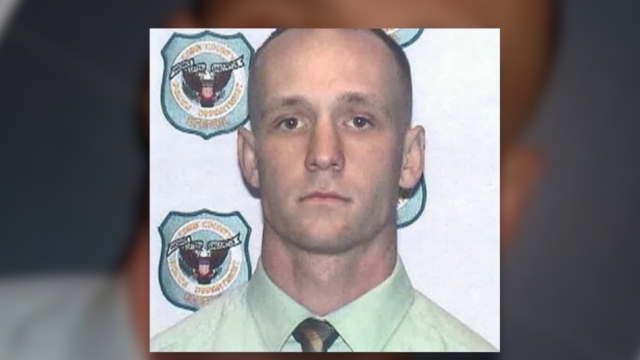 Maurice Lawson, a Cobb County police officer, has put in his two weeks notice after being accused of racist remarks. Lawson had already been suspended for two weeks without pay and forced to attend de-escalation training.

Lawson's lawyer released a statement saying the officer thought his return to duty would be "an unnecessary distraction." (Video via WSB-TV)

The resignation comes after this controversial traffic stop in November. “Leave. Go away. Go to Fulton County. I don't care about your people," Lawson says to a driver during a traffic stop.

The Cobb County Police Department acted pretty fast, sending an apology to driver Brian Baker, saying Lawson acted improperly during the traffic stop. Baker and his attorney say the final remark was a reference to Baker's race. (Video via WXIA)

"This is not in response to anything my client said about 'his people,' so I have to assume it's about race," Baker's lawyer told WGCL.

Lawson maintains his remarks were misinterpreted and weren't racist. But this isn't the first time Lawson's been accused in a racially-charged incident; in July 2015, Cobb County Commissioner Lisa Cupid claimed she was racially profiled by Lawson.