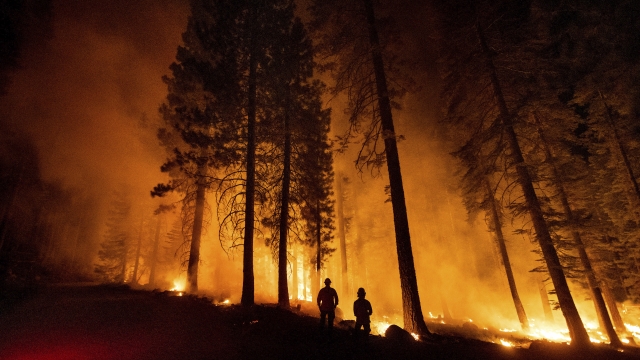 Cooler weather on Tuesday helped calm two gigantic wildfires in the U.S. West, but a tally of property losses mounted as authorities got better access to a tiny California community savaged by flames last weekend and to a remote area of southern Oregon where the nation's largest blaze is burning.

Even as crews make progress, the Dixie Fire has already caused a lot of damage to remote communities in northern California.

Teams reviewing damage from the blaze have so far counted 36 structured destroyed and seven damaged in the remote community of Indian Falls and evacuation orders are still in place.

The Dixie Fire has scorched more than 325 square miles, an area bigger than New York City, and it was partially contained Tuesday. More than 10,000 homes were threatened in the region about 175 miles northeast of San Francisco. 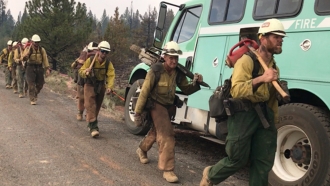 A historic drought and recent heat waves tied to climate change have made wildfires harder to fight in the American West.

Scientists say climate change has made the region much warmer and drier in the past 30 years and will continue to make weather more extreme and wildfires more frequent and destructive.

The Dixie Fire, burning mostly on federal land, is among dozens of large blazes in the U.S.