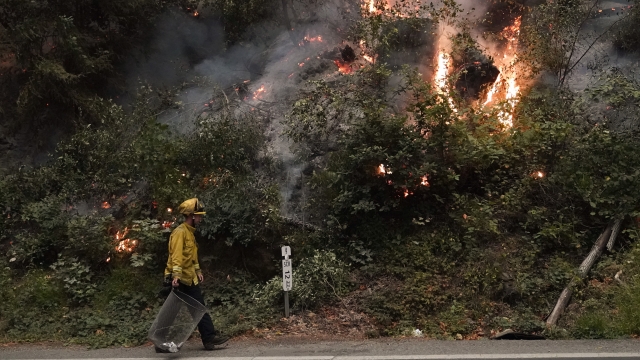 Firefighters have slowly gained control of some California wildfires, helped by a wave of cooler weather.

Evacuation orders were lifted for at least 50,000 people in the San Francisco Bay Area and Napa Valley wine country on Friday. Crews are still working to restore water and power so more people can get back to their homes.

But two blazes in the Sequoia National Forest in central California have prompted more evacuations. The fires merged together and had scorched nearly 40 square miles by Friday without containment.

Hundreds of wildfires have burned more than 5,900 square miles in the western U.S. Recent California fires have killed at least seven people. About 170,000 people were displaced at the peak of California fire storms. But dropping temperatures and rising humidity have helped curtail the fire spread.

Meanwhile, local crews are getting manpower help from about 200 active duty U.S. Army soldiers who were mobilized to join the fire fight.

But California's fire season is still far from over.

Gov. Gavin Newsom says state resources are strained, with more than 15,000 people working on the fire lines amid continued danger of more blazes to come.