Here's Why Congress Keeps Getting Paid During The Shutdown 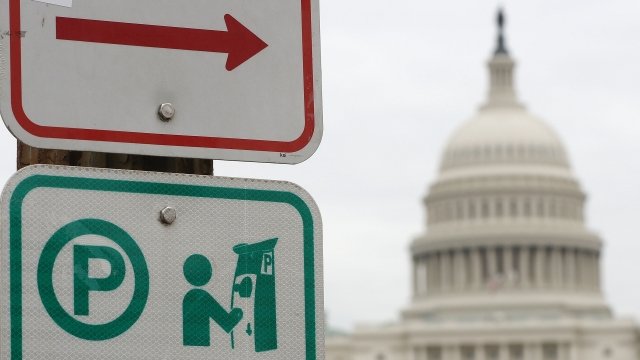 A growing number of lawmakers say they will donate their salaries from the partial government shutdown. Incoming Rep. Alexandria Ocasio-Cortez went a step further, saying lawmakers should be furloughed during government shutdowns, just like hundreds of thousands of federal employees. But the problem standing in the way of that idea is the Constitution.

Article I, section 6 of the constitution says "The Senators and Representatives shall receive a Compensation for their Services, to be ascertained by Law, and paid out of the Treasury of the United States." Effectively, that guarantees lawmakers a paycheck, regardless of any shutdowns.

Let's say the House and Senate get on board with idea of furloughing themselves, and they pass a law to change that. It couldn't go into effect now, anyway. The 27th Amendment says no law changing Congressional pay will take effect until after the next election occurs, which is in 2020.

So representatives and senators have to accept their paychecks during the partial government shutdown. But what they do with that money is up to them.