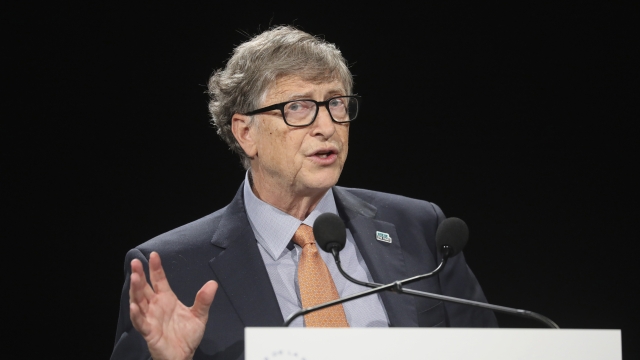 As the coronavirus pandemic continues to spread, conspiracy theorists are taking aim at Bill Gates.

According to an investigation from The New York Times, people mentioned conspiracy theories that falsely linked Bill Gates to the virus 1.2 million times on TV and social media between February and April. The theories included allegations that Gates already knew about the virus, that he is responsible for the virus, that he is financially benefiting from the outbreak, and that he plans to use a potential vaccine to put population surveillance technology in people.

Gates responded to the theories in an interview with CCTV earlier this month.

"I'd say it's ironic if you take somebody who is doing their best to get the world ready and putting, in my case, billions of dollars into these tools for infectious diseases. ... We are in a crazy situation, so there is going to be crazy rumors," Gates said.

According to Darragh Worland with the News Literacy Project, a nonprofit that seeks to develop smart news consuming habits and stop the spread of misinformation, these debunked theories were created through selective manipulation of information on Gates.

"They are the ones who have a large body of work, videos, interviews, essays they may have written," Worland said.

"Their research is just leading them down all these paths in their mind that really are not there," Worland said. "Ultimately, these kinds of conspiracy theories can affect people's civic life, they can affect the decisions that they make."