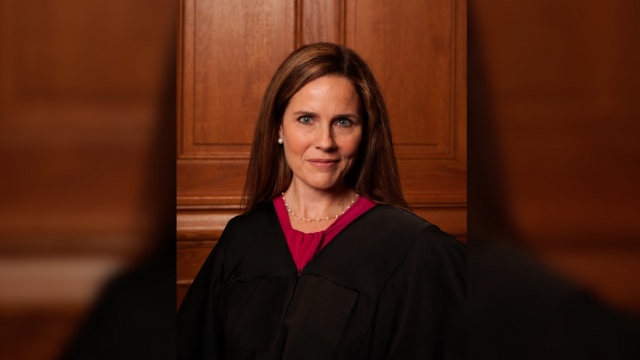 Jay Strubberg: "Nate, We know these justices. They serve lifetime appointments. Judge Barrett is only 48. She's the youngest on the court — if she gets confirmed. One Democratic congressman in California wants to change the lifetime appointments, though he's introducing legislation that would impose 18 -ear term limits on Supreme Court justices. Why is representative Rho Khanna putting this forward? And is there any chance Republicans in the Senate would support such a bill?"

Nathaniel Reed: "Well, any Democratic support. Any support? Excuse me, for this is mostly among Democrats. He's actually co-sponsored by retiring Rep. Joe Kennedy, who ran for Senate recently in the state of Massachusetts and also Don Bayer, the U. S representative Democratic representative from Northern Virginia. The idea is is to ensure an independent judiciary, which isn't too far swayed to either the left or the right by anyone judicial nominee. The question, though, is whether or not this bill would, even if it were passed. First of all, it's not likely to pass the Senate. I could say that, but even if it were passed, it's unclear if the bill would be able to actually take effect because currently by the Constitution is how judicial nominees are lifetime appointments, the Constitution basically says, or at least it's interpreted to say, that judicial appointments to the high court are lifetime appointments. It's unclear even if they were to pass legislation, whether or not that would have bearing on the Constitution."