GOP Donors Get Stingy As Agenda Stalls In Congress 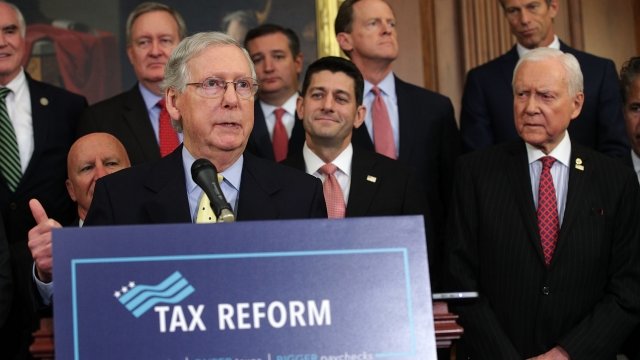 SMS
GOP Donors Get Stingy As Agenda Stalls In Congress
By Eugene Daniels
By Eugene Daniels
October 5, 2017
Until recently, money was flying into the GOP coffers. But lack of movement on Capitol Hill is changing that.
SHOW TRANSCRIPT

The GOP's inability to pass any major legislation this year has put in jeopardy the one thing politicians need above all else: money.

Big-name donors on the right are not happy at all with the party and its lack of movement on, well, anything. At a recent dinner, one of those donors lit into Senate Majority Leader Mitch McConnell. The Kentucky senator seemed to shift the blame to President Trump, implying the president's lack of legislative experience leads him to have unrealistic expectations.

When President Obama was in office, Republicans could rally support by promising voters and donors they could pass conservative legislation if they were just given the levers of government. But the GOP's chance at governing hasn't done much except expose the party's internal divisions.

And the donor revolt couldn't come at a worse time: The 2018 midterms are around the corner, and historically, parties typically lose many seats in Congress midway through a president's first term. So they'll need a ton of money if they're hoping to fight that off. 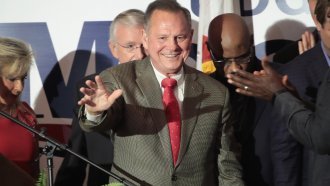 Donors are threatening senators and fundraisers that if Congress doesn't pass legislation or even get new leadership, they're shutting their wallets for good. One donor sent out this email: "GOP leaders should know, no movement on remaining agenda: tax reform, infrastructure, deregulation, etc. means no funding from supporters like me. No meetings, calls, contributions until we see progress."

Congress has never been all that popular but has seen its approval rating drop to historical lows this year following a failed attempt to repeal and replace Obamacare. A Quinnipiac poll from August found 80 percent of Republicans disapproved of the current Congress helmed by the GOP.