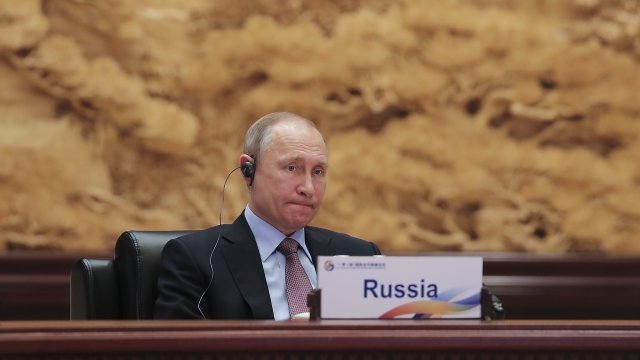 Democrats released a 200-page report Wednesday calling out Russian President Vladimir Putin and his regime for its "assault to undermine democracy."

Congressional Democrats are bringing attention to intensifying Russian meddling efforts across the globe in hopes that it will spur some action.

Democratic lawmakers released a 200-page report on Wednesday. In it, they call out Russian President Vladimir Putin and his government for its "relentless assault to undermine democracy" in the U.S. and Europe.

The report also calls directly on President Donald Trump and his administration to take action against Russian threats to U.S. national security.

The lawmakers list a number of steps the administration could take, like freezing "Kremlin-linked dirty money" and spearheading an international coalition to counter threats.

The Associated Press reports no Republicans on the Senate Foreign Relations Committee signed on to the report.