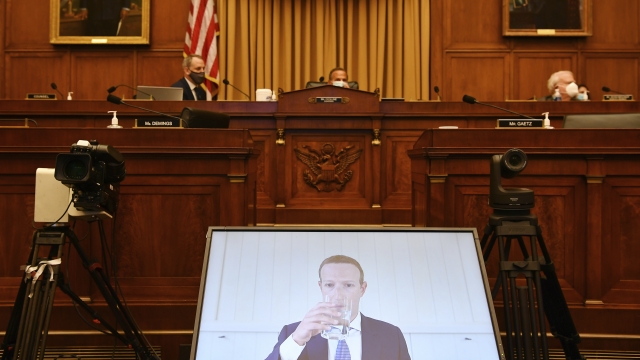 SMS
Congress Reignites Antitrust Probes Into Big Tech Companies
By Tyler Adkisson
By Tyler Adkisson
October 1, 2020
Democrats and Republicans want to work to revoke some of big tech's power, but they have two distinct, and often opposing, approaches to doing so.
SHOW TRANSCRIPT

Congress is looking at a number of new pathways to hold big tech companies accountable for false information and anticompetitive conduct. 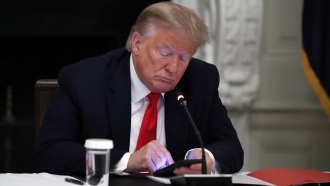 "Big tech is no longer a college kid in a garage. The giants we have just subpoenaed are the Standard Oil of the day. They’re bigger than Standard Oil was," said Sen. Ted Cruz. "There has never been such an aggregation of power in the history of humankind, as big tech enjoys today with money and monopoly power, and the hubris that comes with the unchecked exercise of power."

"I do appreciate Sen. Cruz’s comments when it comes to monopolies, because we have seen no action in any of these areas on privacy, on media, on making sure that we do something — something about antitrust," said Sen. Amy Klobuchar.

However, some Democrats were apprehensive about the timing of the subpoena and upcoming hearing, saying Republicans could use it to leverage the big tech discussion.

“This feels like an attempt to work the refs five weeks out from an election," said Sen. Brian Schatz.

The House Judiciary Committee also held a hearing with antitrust experts to discuss how they think Congress should use their power to reign in big tech.

"For nearly 40 years the Supreme Court, not Congress, has been the primary institution rewriting American antitrust laws," said Zephyr Teachout, Associate Professor of Law at Fordham University. "The court is detached from the realities of business and power, unaccountable to the public. And Congress has essentially allowed them to take the reigns.”

"Showing an almost neurotic fear of over-enforcement, the courts have increased the burdens on plaintiffs and narrowed the scope of economic laws," said Michael Kades, Director of Markets and Competition Policy at the Washington Center for Equitable Growth. "Both economic research and empirical results discredit that approach."

"I think we need to modify current law to direct the courts’ antitrust enforcers to be more assertive in challenging conduct and consolidation that risks enhancing or creating market power," said Bill Baer, Visiting Fellow of Governance Studies at the Brookings Institution.

"Congress also needs to fund antitrust enforcement. Today we spend about 18 percent less than we did 10 years ago, despite increasing concentration, a growing number of dominant firms, and a much, much larger economy," Baer added.