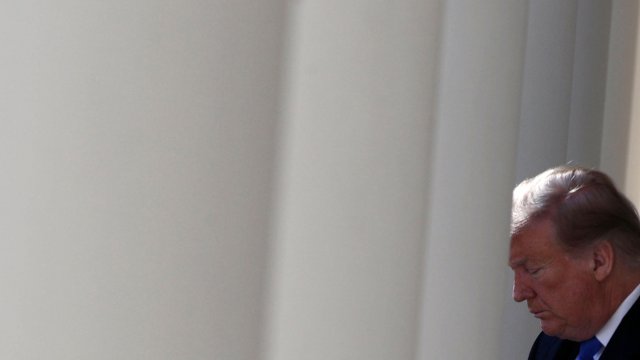 The president declared a national emergency and is opening the floodgates for more funding for his wall.

But in doing so, he knows he's opening up the floodgates for something else: lawsuits and fierce opposition from Congress.

The president's right to expect lawsuits. The 9th circuit, which is on the west coast, will certainly be one of many legal challenges. Trump’s even been warned by his own Justice Department that this decision will be blocked by the courts.

Still, the president says the crisis at the border is a national emergency. He's confident this decision falls under the parameters for declaring one. Trump is redirecting nearly 8 billion dollars from the defense department and treasury.

Democrats in Congress, and even some Republicans, are planning to mount their own challenge over concerns Trump is using this power to override Congress' power of the purse. Democratic Representatives Alexandria Ocasio-Cortez and Joaquin Castro say they're introducing "a resolution to terminate the president's emergency declaration."The National Emergencies Act says congress can pass a disapproval resolution. But they've only  got 15 days to do it. Don't expect this to be a partisan issue,  at least outright.

Republicans have told Newsy they are concerned about the precedent an action like this could set going forward. Still, a GOP aide who supports the declaration said he sees this as a president enacting a right they already have and that future presidents will also have this power at their disposal. So, he doesn't see a problem with president exercising this power.

The resolution will force republicans to get on the record about this issue. The president can veto the resolution, which he likely would. Two thirds of Congress would need to support a measure to override the veto, which would be a very high bar to clear. Democrats next best option would be to go back to the drawing board and sue. While the case makes its way through the legal channels, the money the president wants to use for the wall would likely be on hold.