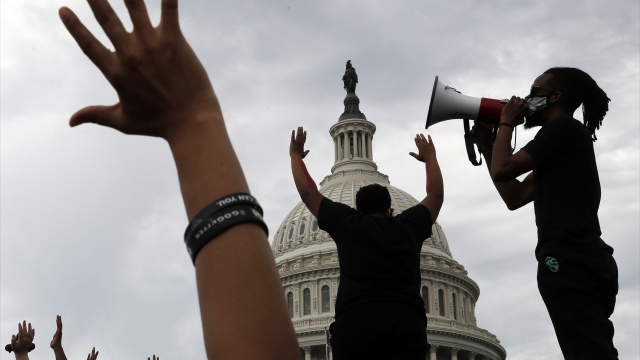 The Biden administration is working to push through police reform legislation.

It's been one year since George Floyd's death, and the president hoped to have signed the George Floyd Justice in Policing Act into law by now.

"We have to come together. To rebuild trust between law enforcement and the people they serve. To root out systemic racism in our criminal justice system and to enact police reform in George Floyd's name," Biden said last month. "We need to work together to find a consensus but let's get it done next month by the first anniversary of George Floyd's death."

But clearly that hasn't happened. While the bill passed the House twice, it hasn't come up for a vote in the Senate.

Lawmakers on both sides of the aisle are still negotiating changes to the bill in order to gain enough support from Senators.