Don't Expect Congress To Get Much Done Before Trump's Inauguration 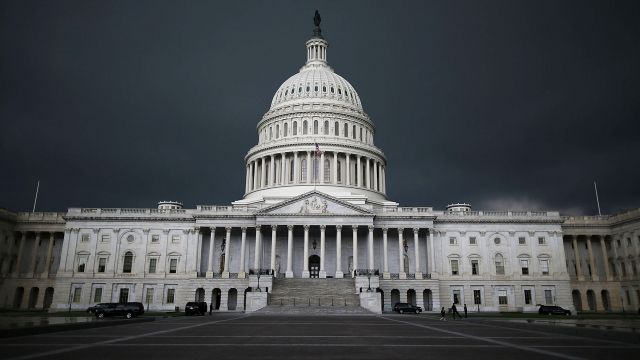 The time between election night and Inauguration Day for a new president is usually a quiet time in Congress. But with a power shift that's as drastic as we've seen in a while, we could have one of the most inactive lame duck sessions ever.

Both the House and Senate will be in session until Dec. 16. But the GOP has been making it kind of clear it's content with not moving anything until after Jan. 20.

Still, there are at least two pieces of legislation that are likely to make it through both chambers. First, there's the National Defense Authorization Act.

The act sets funding levels and directs how the Department of Defense uses money. The 2017 deal drops some of the act's most controversial sections, including an amendment that would have removed workplace protections based on sexual orientation.

The other piece of legislation is on more of a time crunch. The current federal spending bill expires on Dec. 9, but the incoming Donald Trump camp has asked that only a short-term funding measure go through.

SEE MORE: The Upcoming Congress Is The Most Racially Diverse In US History

That's how funding for the government has happened for a while now. Without agreement on anything long term, both sides just decide to fund for a few months and get back to it later.

But in 2017, with a GOP-controlled government, that problem probably isn't going to stick around.