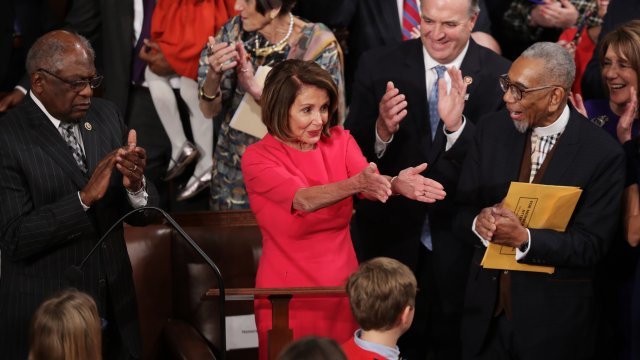 The 116th Congress is officially in session amid the ongoing partial government shutdown.

New and returning lawmakers were sworn in to the House of Representatives and Senate Thursday. And with that, Democrats officially took control of the House and elected Rep. Nancy Pelosi as speaker.

This Congress includes a lot of firsts and records, including the first Native American women and Muslim women members, record-high African-American and Latino membership and the highest number of women ever.