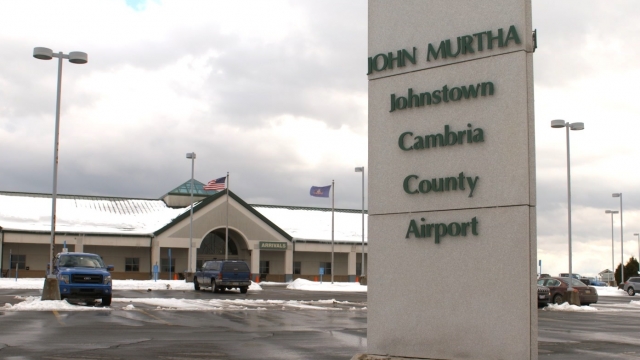 SMS
Revisiting The 'Airport For No One' And Congress' Earmark Ban
By Nathaniel Reed
By Nathaniel Reed
February 25, 2021
Over a decade after earmarks were banned by congressional Republicans, Democrats are looking to bring them back.
SHOW TRANSCRIPT

It’s been dubbed "the airport for no one," partially built with $200 million in congressional earmarks, federal taxpayer money for an airport in rural Pennsylvania that has a couple United Express flights each day.

This is the John Murtha Johnstown-Cambria County Airport, named for the late congressman who secured the funds.

“He had a grander vision for this area. He loved this area, there's no doubt about that,” Chad Gontkovic, the airport’s manager, told Newsy.

For 36 years, Congressman Murtha represented the Johnstown area in Washington, also serving as Democratic chair of the Defense Appropriations Subcommittee.

He was elected to serve a community in decline, bypassed by the interstate, ravaged by natural disaster and lacking business after U.S. Steel packed up in the early 1980’s.

“Having someone like Congressman Murtha there with the, you know, the eye on the ball was great, because he was up top already looking out for that vision,” Gontkovic said.

During his decades in Congress, Murtha pushed earmark after earmark to his district, directing spending to local projects in larger pieces of legislation, including improvements to the airport, making it able to accommodate massive military airplanes.

Proponents say the practice encourages bipartisanship, enticing individual members to vote for legislation by including a local incentive.

“I think, essentially, they're wasteful and they're corrupt,” said Rep. Ted Budd, a Republican congressman from North Carolina who is a leading sponsor of the Earmark Elimination Act, aiming to permanently ban earmarks.

The earmarks Murtha was known for were banned the year after his death in 2010, when Republicans took control of the House of Representatives, aiming to limit wasteful spending.

But now, Democratic leadership wants to bring earmarks back with more transparency, allowing lawmakers to request funds for local, public and nonprofit projects.

Democrats say they have bipartisan support.

“To quote Milton Friedman: ‘The benefit is visible, but the cost is invisible and astronomical’. It might benefit a few in Murtha's district, but it's not broadly helpful to the whole United States,” Budd told Newsy.

“I'm not saying they shouldn't have the airport, but it's the wrong entity in the United States to have all taxpayers across the U.S. to pay for that one individual airport,” he added.

But for Johnstown, it's the legacy of Murtha’s earmarks that helps them compete.

“I think that's what people miss the most around here is just having that accessibility and that larger voice for the region. Especially a community that's gone through what we've gone through, which was an economic collapse,” Gontkovic said.

“With his passing, it's kind of fallen on us … to try to get folks to, to see that see that same dream.”