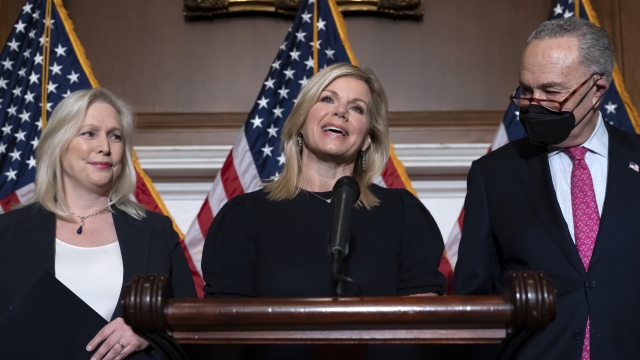 One senator called this week's passage of the Ending Forced Arbitration of Sexual Assault and Sexual Harassment Act "one of the most significant workplace reforms in the last 50 years."

The bill prevents companies from enacting so called "forced arbitration clauses" in employment contracts, which can allow companies to prevent employees from going public with sexual harassment claims.

"The Ending Forced Arbitration and Sexual Assault and Sexual Harassment Act will void all forced arbitration provisions for sexual assault harassment, allowing them to have their day in court, a basic constitutional right, your day in court to be heard and to aspire to justice, and that will be, going forward, their right," Sen. Kirsten Gillibrand said.

The bill passed the House in a overwhelming bipartisan vote of 337-97. In the Senate, the act was passed by voice vote – effectively unanimous.

Carlson had a forced arbitration clause in her contract when she attempted to pursue legal action against then Fox News chairman and CEO Roger Ailes for sexual harassment.

"The bill will allow survivors a choice - secret arbitration or the public courts," Carlson said. "I believe this bill will also have a dual effect. It's going to help companies get on the right side of history, that’s for sure, but it will also stop the bad behavior, because now the bad actors will know that women's voices will be heard when they speak up about what's really happening at work."

Recent Congressional action to protect victims of assault doesn't stop with this bill. A bipartisan group of members of Congress are also seeking to reauthorize the Violence Against Women Act, which expired several years ago.

The bill would expand protections for survivors of violence and fund prevention, education efforts and expand legal access to survivors.