Analysis: Trump Budget's Debt Estimate Is Off By Trillions Of Dollars 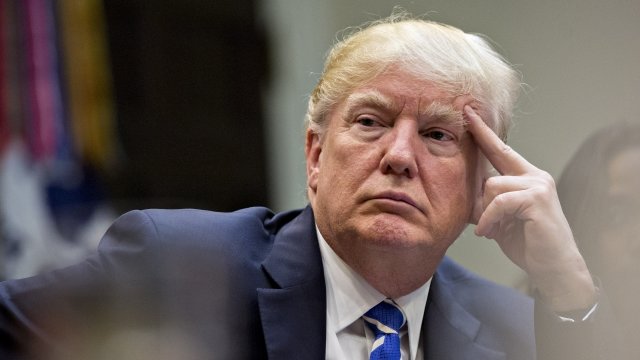 After crunching the numbers in President Trump's 2018 budget, the Congressional Budget Office says the math doesn't add up.

The CBO released its latest analysis of the budget, which says the White House's estimate of the impact on the cumulative deficit over the next 10 years is off by $3.7 trillion. Yes, that's trillion with a T.

These are all projections, so it's too soon to know which projection will be closer. And the CBO said it had a hard time nailing down its numbers because Trump's proposals lacked specifics.

The main discrepancy comes from a disagreement over how much the economy will grow over the next 10 years. The CBO says Trump's proposals will only increase U.S. gross domestic product growth by a tenth of a percent, bringing it from 1.8 to 1.9 percent growth. The White House says the economy will grow by 3 percent.

This comes after the White House released a video accusing the CBO of using "faulty numbers" to generate its estimates. The video points out the CBO's estimates on the effects of Obamacare were eventually incorrect. 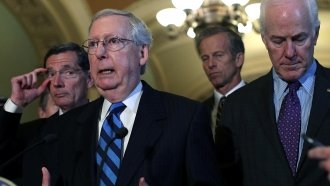 The Senate GOP Has Released A Revised Health Care Bill

It's fairly standard for the White House to give a more optimistic projection of the economy than the nonpartisan CBO, but the numbers are usually a lot closer.

President Obama's final budget discrepancy was just a fraction of the new Trump plan at $500 billion over a decade versus $3.7 trillion. All budgets from Obama's and George W. Bush's administrations were much closer to projections.

The analysis found Trump's plan would still likely decrease the federal deficit, though not as much as the White House is saying.

It estimates the plan would decrease U.S. debt by roughly one-third, largely through cuts to Medicaid and the elimination of the Affordable Care Act — assuming that succeeds in the Senate.

Ranking member of the House Budget Committee John Yarmuth said the budget "would severely under-invest in our families and communities, while at the same time give millionaires and corporations massive tax breaks."