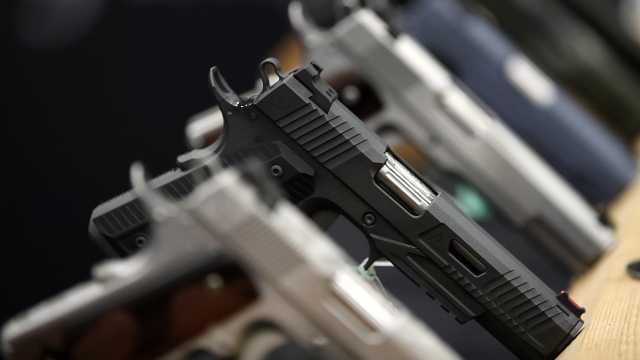 Lawmakers approved $25 million for the CDC and the NIH. It's the first time Congress has authorized funding for gun violence research in decades.

For the first time in 24 years, Congress will set aside funding for federal agencies to research gun violence. The House approved $25 million in funding Tuesday.

That money could expand what we already know about stemming firearm-related injuries and deaths.

Dr. Garen Wintemute is the director of the Violence Prevention Research Program at UC Davis. In a statement to Newsy, Wintemute said: "Violence prevention policy should be guided by solid scientific evidence, so this is encouraging news. … We are likely to gain important new knowledge about individual and social risk factors, consequences of exposure to violence, and effectiveness of prevention measures."

Wintemute's research has benefited from federal funding in the form of a grant from the National Institutes of Health. He says the additional $25 million for gun violence research would be a "welcome increase."

The last time funds were set aside for gun violence research was in the 1996 Omnibus Consolidated Appropriations Bill.

But the NRA lobbied to include a caveat: the Dickey Amendment. It reads, "None of the funds made available for injury prevention and control at the Centers for Disease Control and Prevention may be used to advocate or promote gun control."

That language doesn't say that agencies can't study gun violence, but according to one researcher, federal employees didn't want to push the envelope and see what was or wasn't allowed.

To be clear, gun violence research didn't end with the Dickey Amendment. Government agencies have given money to schools and nonprofits for research. And a CDC spokesperson told The Washington Post in 2015 that the agency can do research, but their "resources are very limited."

The $25 million will be split evenly between the Centers for Disease Control and Prevention and the National Institutes of Health.