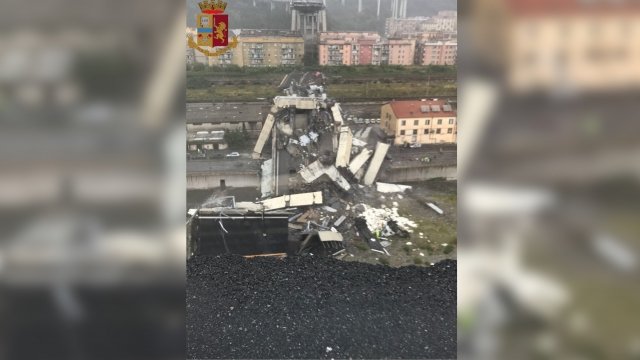 The company that manages the bridge in Genoa, Italy, that collapsed last week has approved more than half a billion dollars in funding to help those affected and build a new bridge.

At least 43 people died in the disaster.

Board members approved the initial funding during a meeting on Tuesday. The plan to build a new bridge depends on the outcome of the investigation into the collapse.

Board members said they would also shoulder the cost of constructing alternate routes while the bridge is undergoing repair.

Investigators are still trying to figure out why the bridge collapsed. Industry officials reportedly warned Genoa's city council about the structural integrity of the bridge as early as 2012.

Italy's government declared a 12-month state of emergency in Genoa following the collapse.