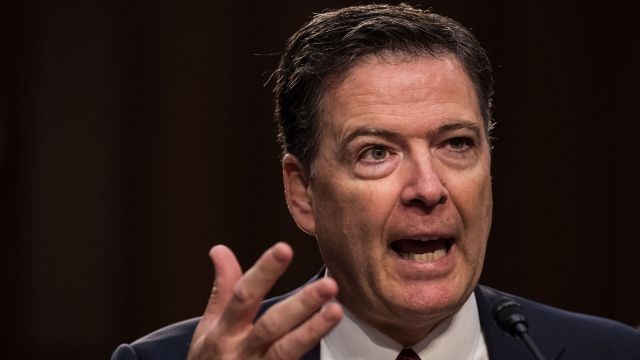 By Briana Koeneman
June 8, 2017
During his testimony before the Senate Intelligence Committee, Comey shared what he thought about media reports on classified information.
SHOW TRANSCRIPT

"There have been many, many stories reportedly based on classified information about, well, about lots of stuff, but especially about Russia, that are just dead wrong," he said.

The Trump administration has criticized the press for using anonymous sources in stories. And President Donald Trump has vowed to go after the source of the leaks.

But Comey said he used the press to share memos on his meetings with Trump.

During former FBI Director James Comey's testimony before the Senate Intelligence Committee, he shared what he thought about media reports on classified information.

"My judgment was I needed to get that out into the public square, and so I asked a friend of mine to share the content of the memo with a reporter. Didn't do it myself for a variety of reasons, but I asked him to because I thought that might prompt the appointment of the special counsel," Comey said.