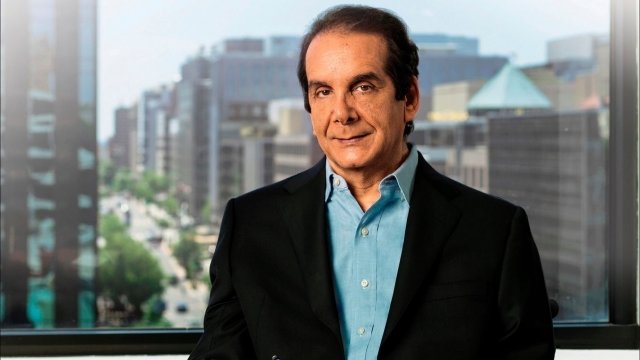 SMS
Columnist, Commentator Charles Krauthammer Dead At 68
By James Packard
By James Packard
June 21, 2018
The conservative thinker was known for his syndicated columns and his award-winning writing.
SHOW TRANSCRIPT

Conservative commentator, author and Pulitzer Prize-winning columnist Charles Krauthammer has died. He was 68.

In recent years, Krauthammer was known as a regular commentator on Fox News. But he had made a name for himself in plenty of other arenas, too. He wrote political speeches for Vice President Walter Mondale during the 1980 election. He's written multiple books and won coveted awards for his work in The Washington Post and The New Republic.

Before all that, though, he was psychiatrist. He won praise for his psychiatric research. He studied at McGill University, Harvard and Oxford.

Krauthammer wrote in a June 8 open letter that aggressive cancer had left him with weeks to live. He is survived by his son and wife.