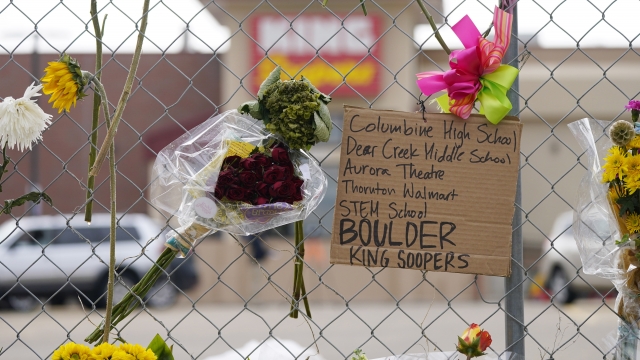 The 21-year-old man suspected of killing 10 people at a Colorado supermarket appeared in court for the first time today.

His attorney requested a health assessment "to address his mental illness."

The suspect only spoke once when the judge told him of the 10 first-degree murder charges he faces.

Monday's attack was the second deadly mass shooting in the U.S. in a week.

Authorities are still investigating and have not publicly identified a motive.