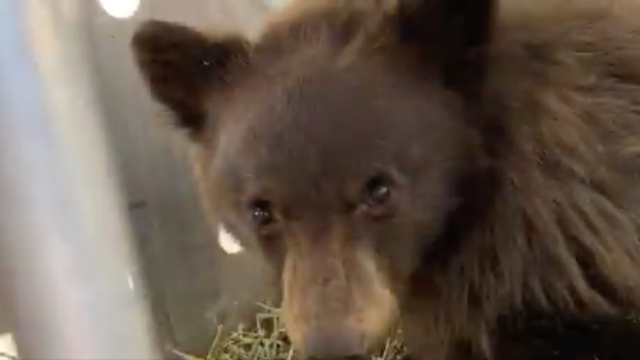 State Parks and Wildlife officials said it was released earlier this month and they just shared this video.

A Colorado black bear is back in the wild after suffering burns from a wildfire.

State Parks and Wildlife officials said it was released earlier this month and they just shared this video.

The cub was held for five months after it was found in December in bad condition weighing just 16 pounds. But he was nursed back to health and returned to his natural habitat bulked up to about 90 pounds.