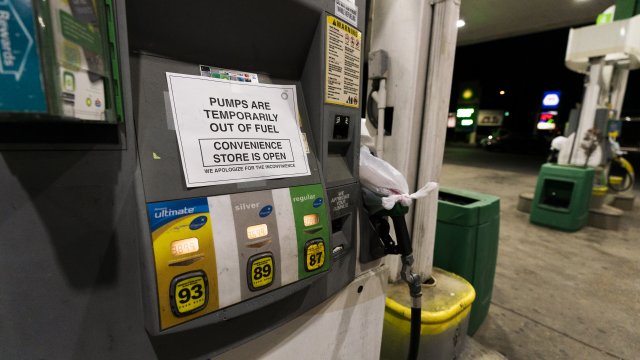 Colonial Pipeline announced Saturday that it has resumed "normal operations."

The nation's largest gasoline pipeline was hit by a ransomware attack on May 7th. It delivers about 45% of fuel along the East Coast.

Many people started panic-buying and thousands of gas stations were left with little to no fuel after the shutdown.

Colonial Pipelines restarted operations Wednesday evening, warning it could take several days for the supply chain to return to normal.

Energy Secretary Jennifer Granholm told The Associated Press Friday that the nation is "over the hump" on gas shortages, with about 200 stations returning to service every hour.

"The retail stations, the gas station outages are down about 12 percent from the peak. And the average improvement is about 200 stations are coming online per hour over the past six hours," Granholm said. "So it's still going to work its way through the system over the next few days. But we should be back to normal fairly soon."