Will Colombians In The US Vote In Favor Of A Peace Deal Back Home? 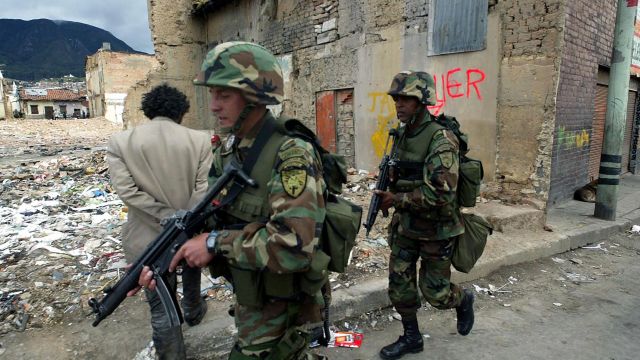 SMS
Will Colombians In The US Vote In Favor Of A Peace Deal Back Home?
By Melissa Prax
By Melissa Prax
September 28, 2016
The deal is expected to go to a vote Sunday.
SHOW TRANSCRIPT

Colombians living in the U.S. might sway a peace deal to end a decadeslong conflict back home.

On Monday, Colombia's government signed a deal with rival the Revolutionary Armed Forces of Colombia, or FARC, to end a conflict that's killed thousands and displaced millions — some of whom have fled to the U.S.

This follows a cease-fire from June. Negotiations with FARC started in 2012.

Part of the deal would help FARC rebel fighters integrate into society in Colombia and wouldn't jail those who confess to their crimes. Some say that doesn't deliver justice.

Hundreds of thousands of Colombians living in communities across the U.S. are likely to weigh in and — due to the sheer number of displaced residents — that could sway the vote.

The deal is expected to go to a vote Sunday.