A Shot From Police Killed A Protester In Colombia. Here's How We Know. 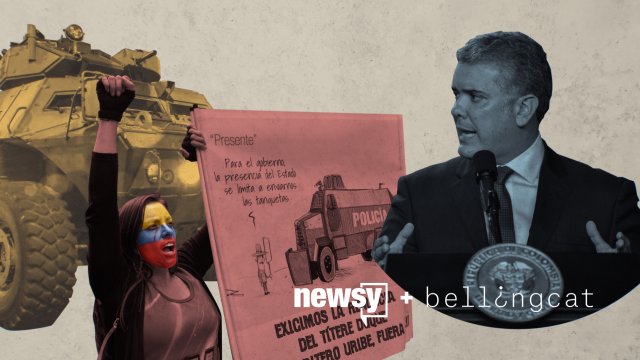 This video is part of a collaboration between La Liga Contra el Silencio, Cerosetenta, Newsy and Bellingcat. Read Bellingcat's report here. The report is also available in Spanish here.

On November 23, an 18-year-old Colombian student named Dilan Cruz was shot in the head with a so-called "less lethal" round by riot police in Bogota. He died two days later in the hospital.

This collaborative report breaks down the scene where Cruz was shot using both open-source video and exclusive video collected from those on the ground at the time.

With it, we can figure out exactly which officer with Colombia's Mobile Anti-Disturbance Squadron was responsible for shooting Cruz, making accountability for the protester's death a possibility.