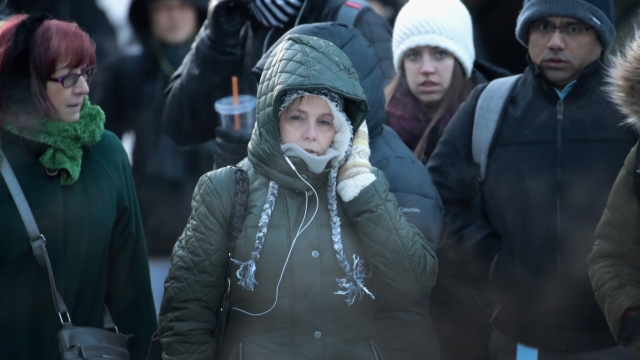 SMS
What Brutal Cold Does To Your Body
By Lindsey Theis
By Lindsey Theis
January 30, 2019
The forecast says dire cold temperatures are in store. They bring a variety of serious health concerns for those out in the elements.
SHOW TRANSCRIPT

As the polar vortex sends frigid air through the U.S. this week, not only are the temperature warnings dire –– the health risks of being outside in that cold are significant.

“It’s looking like Wednesday will be the second coldest day in the history of Chicago. At least going back to the 1870’s,” said Mark McGinnis, a meteorologist with ABC7 in Chicago.

"Another factor to take in is our winters as a whole have been warmer in recent memory. Right? So even though these are cold areas of the country, they're used to the cold anyway. They've not seen this kind of cold in a long time. Even if you, if we're not talking about records it's really been the mid 90s since they've had going back to this kind of cold," Greg Hanson, a Warning Coordination Meteorologist for NOAA/NWS told Newsy.

According to Harvard Medical School, people are more vulnerable in brutal cold because of the way blood moves through their body. You know that painful pulsing feeling you might get in your fingers after being in the elements? That’s your body trying to manage circulation. Blood vessels in the skin dilate and constrict, so skin temperatures rise and fall temporarily. 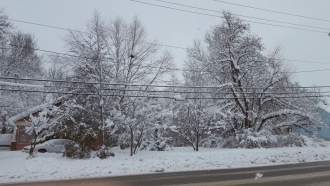 And in plummeting temps, circulation gets prioritized to send blood to vital organs, away from the skin. When fluids in and around tissue without circulation freeze, it leads to frostbite. When it's cold enough, it can set in in minutes.

"Any exposed skin in those kind of temperatures, you're at the risk of frostbite just almost instantaneously. Especially with that wind and even, you know, in your normal cold weather gear you can still feel the cold kind of coming through that even so you want to really limit the time outside," Hanson said.

Breathing cold air can be dangerous, too. Right now, it’s so cold, National Weather Service experts say people outside should "avoid taking deep breaths, and minimize talking." And during severe wind chills, we also need to be wary of our eyes. The corneas can freeze without the right protection.

According to the NWS, "this is the coldest air many of us will have ever experienced." Its advice: stay inside if you can.