'Coco' Holds Steady At No. 1 While Warner Bros. Hits $2B On The Year 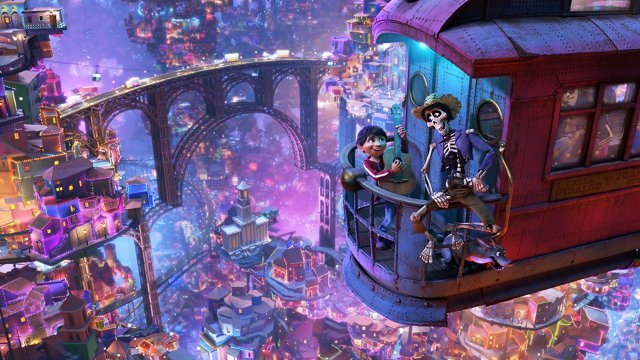 SMS
'Coco' Holds Steady At No. 1 While Warner Bros. Hits $2B On The Year
By Jamal Andress
By Jamal Andress
December 10, 2017
"Coco" joins a short list of films this year that have topped the box office for three weekends in a row.
SHOW TRANSCRIPT

Well if you recognize the top three this week, that's for good reason. The list hasn't changed for nearly a month. That said, between now and the new year we've got eight new wide releases to look forward to — and more importantly, one of them is “Star Wars.”

Holding on to the No. 1 spot for the last time is "Coco," bringing in an estimated $18 million in its third week out.

"Coco" joins a short list of films this year that have topped the box office for three weekends in a row. "Split" had its run in January, followed by "Fate of the Furious" in April and, most recently, "The Hitman's Bodyguard" in August.

Holding steady at No. 2 is "Justice League," bringing in $9.5 million in its fourth week in theaters. While it's admirable that "Justice League" is still in the countdown, it's not enough to make this an outright box-office success.

Fortunately for Warner Bros., though, despite the mediocre showing, the studio is having one of its best years on record, becoming the first studio to pass $2 billion at the domestic box office this year.

Warner Bros. can thank its sleeper box-office smash "It" for the tremendous year. Pennywise and Georgie made $327 million at the domestic box office, while only costing the folks at Warner Bros. $35 million to produce.

That said, this distinction as the highest-earning Hollywood studio of 2017 is probably only going to last for another few days or so. Disney is right behind Warner Bros. with $1.85 billion on the year, and "The Last Jedi" is expected to debut to the tune of $200 million or so.

Finally, at No. 3 is "Wonder," bringing in an estimated $8.4 million in its fourth week out.

As for next week, grab your lightsabers and your popcorn and get to your local theater nice and early  — we're all going to a galaxy far, far away.