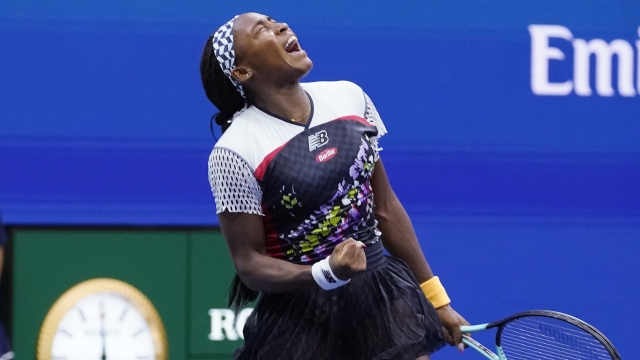 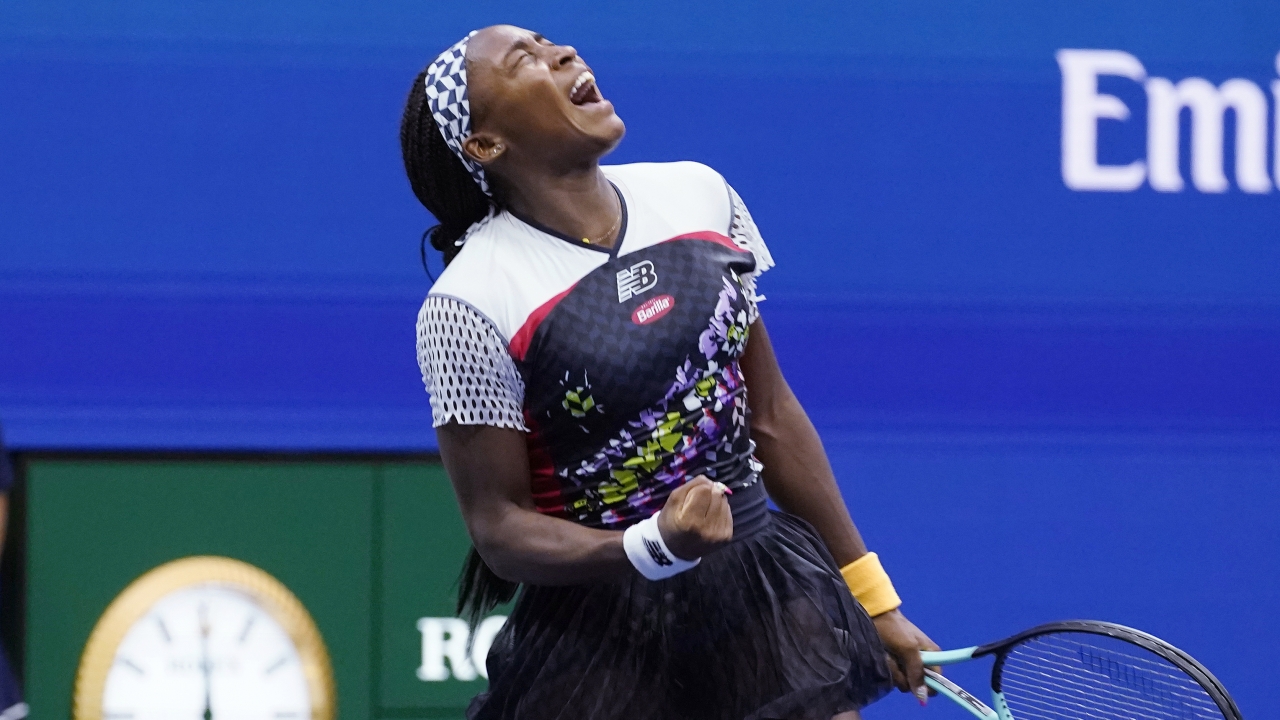 Coco Gauff raised a fist, then wagged her right index finger, responding to, and riling up even more, a loud-louder-loudest Arthur Ashe Stadium crowd that was standing and screaming. Gauff’s U.S. Open opponent, Zhang Shuai, covered both ears with her hands to shield them from what she described later as a “Boom!” of sound.

Gauff and her fans were reacting excitedly to quite a point, one in which the 18-year-old Floridian raced to her right for a defensive forehand, then changed directions to sprint and slide into a backhand that drew a netted volley from Zhang. Just four points later, Gauff was a quarterfinalist at Flushing Meadows for the first time.

Gauff, the French Open runner-up in June, came back in each set to beat China's Zhang on Sunday to become the youngest American to make it this far at the U.S. Open since Melanie Oudin was 17 in 2009.

“Here, I can’t hear myself scream. Makes me want to do it more. I think I’m feeding off the momentum a lot. I enjoy it,” said No. 12 seed Gauff, who meets No. 17 Caroline Garcia of France on Tuesday. “New York is bringing out a side of me that I haven’t had since I was 15, so it’s nice.”

After trailing 5-4 in the opening set, then 5-3 in the second, which she was a point from losing, Gauff was buoyed by spectators who cheered her every point and chanted “Let’s go, Coco!” as the end neared. She improved to 4-0 in Ashe this year after having never previously won a match at the biggest arena in Grand Slam tennis.

How loud was it?

“It got so raucous in there that I got a headache. I had to take an Advil,” said Gauff's father, Corey. “I kept pinching myself. I'm like, ‘My gosh, all of these people here for my daughter.' You dream about this, but you never know if you’re going to realize that. She was pumping herself up and they responded to her. It sent chills up my spine.”

Zhang, at 33 the oldest woman to reach the fourth round, said it was more noise than she's ever heard at a match.

She praised Gauff's play, calling her “a superstar” and adding: “Everything is very good. She's so much younger than me. Her energy is so much better. She's faster. She's powerful.”

Everyone's known how talented Gauff is for a while now. After all, at 15, she became the youngest qualifier in Wimbledon history in 2019, beat Venus Williams in the first round of the main draw and made it all the way to the fourth. There have been more steps along the way, more achievements — last month, she became the second-youngest doubles No. 1 in WTA history — and her ever-developing game — the most notable recent improvements were to her forehand and second serve — keeps carrying her closer to the top of the singles rankings and closer to a Grand Slam title.

And at this point, having the full sport of more than 20,000 folks in Ashe doesn't hurt, either.

“She’s found a home there,” Corey Gauff said. “I hope she’s going to play there for the rest of the tournament.”