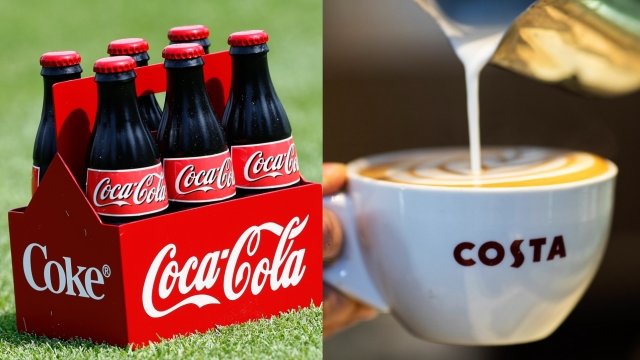 The soda company said it's "reached a definitive agreement to acquire Costa Limited" from its parent company Whitbread for $5.1 billion.

Coca-Cola says the purchase gives the company a global reach in the hot beverage industry. The market research group Euromonitor International estimates the global market for coffee drinks and packages was worth more than $80 billion in 2017.

The UK based coffee brand has nearly 4,000 locations across Europe, Asia Pacific, the Middle East and Africa. Coca-Cola says Costa will be able to expand its footprint under its ownership.

By comparison, Starbucks has more than 24,000 stores in more than 70 countries.

The acquisition still needs approval from shareholders and regulators.