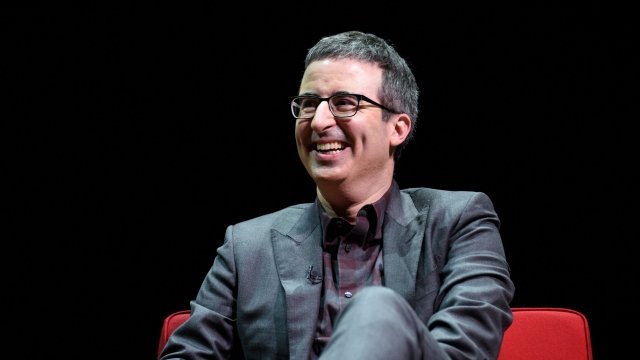 John Oliver's HBO show "Last Week Tonight" is known for going after big businesses. Now, one of those business owners is fighting back.

Bob Murray, owner of Murray Energy Corporation, sued Oliver for defamation over a segment he did on the issues with coal mining. The complaint said the show wanted to "harass and embarrass" Murray and "advance their anti-coal agenda."

Murray's lawyers actually tried to stop the segment from airing in the first place, but Oliver wasn't receptive to the idea.

"They sent us a letter instructing us to cease and desist from any effort to defame, harass, or otherwise injure Mr. Murray or Murray Energy. … As we have been told to cease and desist, let us do neither of those things and talk about Bob Murray," Oliver said on "Last Week Tonight."

Oliver focused a lot of the piece on Murray specifically, hammering him for the 2007 Crandall Canyon mine collapse, which killed six miners in one of his mines. 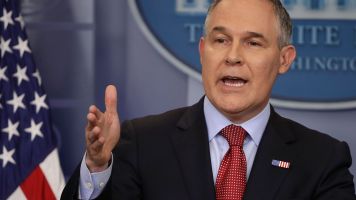 The Trump Administration's Numbers About The Coal Industry Are Way Off

The lawsuit says an earthquake caused the collapse, pointing to part of the Mine Safety and Health Administration report that says a "joint slip in the overburden may have triggered the event." The lawsuit claims a joint slip is similar to the definition of an earthquake.

But the paragraph before that says, "All three analysis methods show that the area was destined to fail." And a summary says the mine design was flawed, and there was no evidence of an earthquake being the cause.

When talking about the joint slip, the MSHA report also mentions that the coal in the mountain may have been weakened, contributing to the collapse.

The lawsuit also took issue with some of Oliver's more pointed language. He called Murray a "geriatric Dr. Evil" and had some other choice words we can't repeat.

HBO said in a statement it believes "Last Week Tonight" did nothing wrong. A First Amendment lawyer told The Daily Beast the lawsuit was "frivolous" and "probably won't succeed."