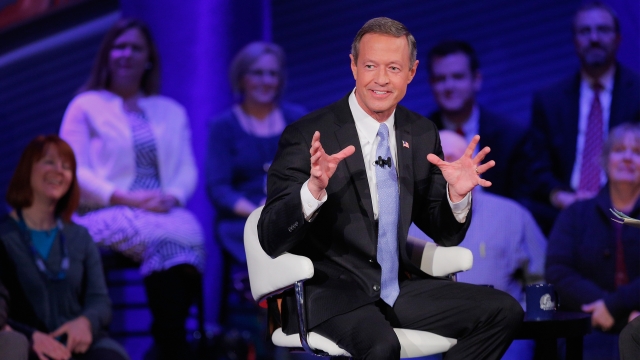 Groups of Hillary Clinton and Bernie Sanders supporters are telling Iowa caucusgoers the best thing they can do for their favorite candidate may actually be voting for Martin O'Malley. (Video via Martin O'Malley for President)

Voting in the Iowa caucuses is a bit complex. Put simply, if losing a precinct seems likely, it can be better to take delegates from your rival than to try to win them yourself.

BuzzFeed originally reported Clinton's campaign has been telling its Iowa caucus leaders in districts leaning more toward Sanders to instead give their support to O'Malley. (Video via Hillary for America)

That's because any candidate who passes a certain threshold, usually around around 15 percent of a precinct's vote, in the first round of the caucus is eligible to win the votes of those whose candidate didn't pass that mark. (Videos via Bernie 2016, Hillary for America and Martin O'Malley for President)

A spokesperson for Sanders' campaign said, "It’s sad and telling that their campaign doesn’t think they can win without these kinds of tactics." (Video via Bernie 2016)

But some Sanders supporters, not necessarily affiliated with his campaign, are promoting the same strategy on Reddit.

Getting O'Malley to 15 percent in the first round could guarantee he'll take a delegate away from the precinct's leader, and then he has the chance to win more delegates in the second round. (Video via Martin O'Malley for President)