Even Under A President Clinton, The National Debt Would Still Go Up 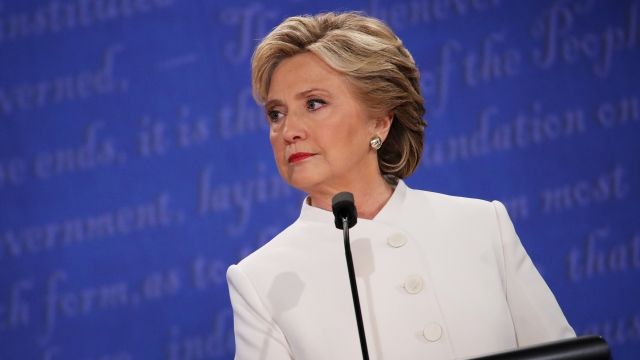 SMS
Even Under A President Clinton, The National Debt Would Still Go Up
By Eugene Daniels
By Eugene Daniels
October 20, 2016
But her current policies wouldn't speed up the current rate of increase.
SHOW TRANSCRIPT

"I pay for everything I am proposing. I do not add a penny to the national debt," Hillary Clinton said at the last presidential debate.

That's something Clinton has said a few times now. The problem is, it's not completely accurate.

According to the Committee for a Responsible Federal Budget, with Clinton's plans, the national debt would rise from about $14 trillion to $23 trillion in 10 years. That's a $9 trillion difference.

What's probably more accurate is for Clinton to say her plans wouldn't really speed up our national debt increase — that it wouldn't get any worse than it's already projected to get.

That same analysis found Donald Trump's plan would speed up the national debt increase — from $14 trillion to $28 trillion.