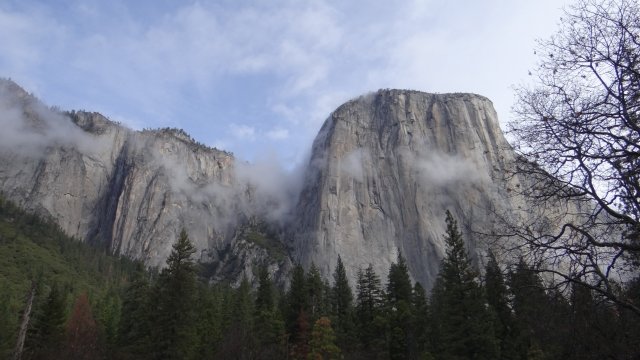 By Evan Thomas
September 24, 2018
Human-caused climate change is driving extreme conditions more quickly at national parks than in the rest of the United States.
SHOW TRANSCRIPT

There's something unique about U.S. national parks and preserves — something other than their natural beauty and cultural significance. Researchers have found the effects of human-driven climate change are more pronounced inside their borders than anywhere else in the U.S.

A new study shows from 1895 to 2010, the average temperature in national parks has increased twice as fast as the rest of the U.S. — about a degree Celsius. Average annual rainfall has also declined more widely in these parks than in the rest of the country.

Why does this happen to the national parks but not other places? What's special about these pristine areas that makes them so vulnerable?

"A lot of it is simply spatial position," says Jack Williams, a geography professor at the University of Wisconsin-Madison, who co-authored the new research. "We've tended to put the national parks in the wildest, most mountainous, iconic parts of the U.S. national landscape. We also have a lot of national park area up in Alaska. Climate models very consistently show that it's the high mountain and high arctic parts of the world and of the U.S. that are likely to warm the fastest over the coming decades."

Williams' team says if greenhouse gas emissions don't change going forward, temperatures in those most exposed parks could climb by as much as 9 degrees Celsius by 2100.

This could permanently change some of their faces. Unique spots like Glacier National Park might melt away, and the plants and animals that call these parks home might not be as comfortable there. 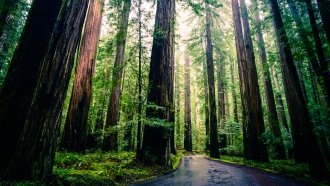 "What we expect as one of the major outcomes of these historic and current changes is species to move, to migrate," Williams says. "In fact, we're already seeing that. We're seeing treelines move upslope, we're seeing various populations moving around."

The good news is that this research has resulted in some of the most detailed climate maps of national parks ever — which can help guide the official response.

" … to identify areas of greatest vulnerability, species of greatest concern, and then hopefully that allows park managers to allocate resources to areas that need it the most," Williams says.

Because for better or for worse, some of these climate changes are now baked in. Hitting the goals from the Paris climate agreement could take some of the edge off, but Williams says even with strong mitigation of greenhouse gases, we can expect parks of the future to be warmer.