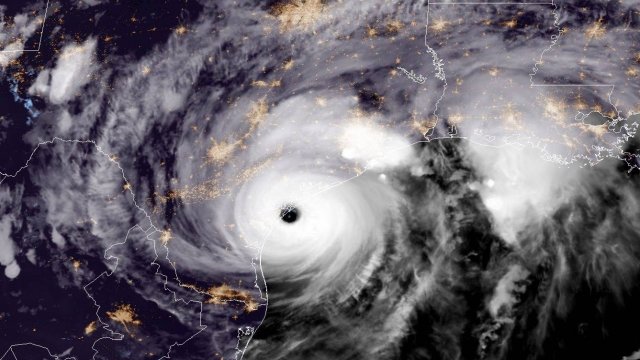 Hurricane Harvey was the most intense hurricane to make landfall on the U.S. mainland in over a decade.

And because of climate change, hurricanes like Harvey are probably going to become more common.

It's hard to pin a single weather event — like Harvey — on climate change. But predictive models show it could make future hurricanes stronger.

One 2010 study says by the end of the century, the U.S. should expect a 30 percent increase in potential damage from hurricanes in just the Atlantic.

According to the study, two things in particular are likely to get a lot worse in future hurricanes: storm surge and rainfall.

Researchers projected how climate change could affect economies in certain parts of the country.

The storm surge coming off a hurricane is usually the deadliest part of the actual storm, and it's often the most destructive.

Between 1986 and 2015, NOAA estimates hurricanes caused a total of $515.4 billion in damage, adjusted for inflation.

The increased intensity of the hurricanes also means the storms will be dumping more rain. And that means flooding farther inland will become a bigger problem, too.

The National Weather Service predicts rainfall totals from Harvey could exceed 40 inches in certain areas, and the storm could cause $40 billion in damage.

There might be a bit of good news, though. While stronger hurricanes are likely to become more common, some analysts predict there will also be fewer hurricanes overall.