Climate Change Could Cost Billions, According To White House 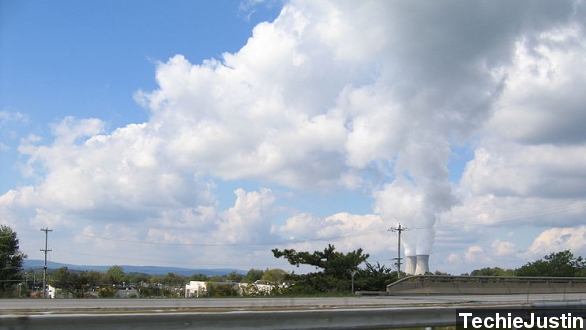 ​PRESIDENT BARACK OBAMA: "Climate change is no longer a distant threat. It has moved firmly into the present." (Via The White House)

The White House has long warned against inaction on climate change.

But a report out Tuesday puts a whopping price tag on it: about $150 billion a year. It comes from the president's Council of Economic Advisers.

Which earned the report lots of scary headlines but not much explanation within the coverage. (Via Time)

So here's what's included in that number: the cost of severe weather damage, an anticipated drop in crop yields and the cost of new programs to fight climate change. But it's hard to discuss the issue in the current political climate.

Case in point: The conservative Washington Times' first paragraph characterizes the new report as "an attempt to justify [the Obama administration's] controversial actions."

Controversial actions like an Environmental Protection Agency proposal to limit carbon emissions from the nation's power plants — who say it will cost them so much, the new guidelines could cripple the industry. (Via Getty Images)

So really, when it comes to both sides of this argument, the issue tends to come down to the cost of action versus the cost of inaction. But putting a price on either is where things get sticky.

For example, climate change proponents figure in things like the combined $122 billion in congressional aid for damages following hurricanes Katrina and Sandy. (Via Proud Novice / CC BY SA 3.0)

Problem there is you could argue it wouldn't be accurate to attribute all that damage to climate change. But in a Washington Post op-ed, former Council on Foreign Relations co-chair Robert Rubin argues the environmental and the economic are tied together, despite the difficulty of putting an exact number on it:

In any case, prepare for more budget battles in the fight to win the PR war.

The Hill's Laura Barron-Lopez says the new report shows "the White House is now starting a debate on climate change around expenses in the federal budget."

This week the EPA will hold several public hearings on its plan to cut carbon emissions from power plants. And Tuesday a Senate Budget Committee hearing will debate "The Economic and Budgetary Consequences of Climate Change."