City Of Orlando And Its Police Sued Over Pulse Nightclub Shooting 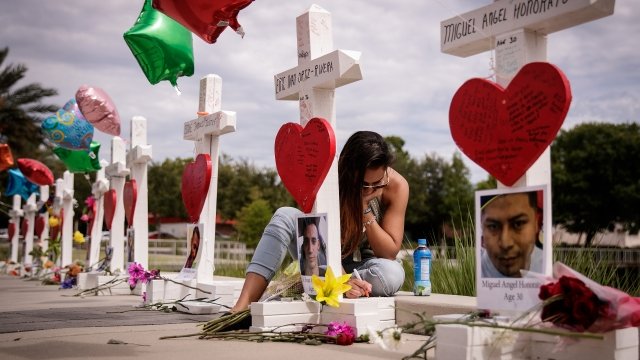 SMS
City Of Orlando And Its Police Sued Over Pulse Nightclub Shooting
By Briana Koeneman
By Briana Koeneman
June 8, 2018
Dozens of survivors of the shooting and family members of those who were killed filed the lawsuit in federal court Thursday.
SHOW TRANSCRIPT

Almost two years after the mass shooting at Pulse nightclub in Orlando, Florida, both the city and some police officers are facing a lawsuit over the attack.

According to several reports, dozens of survivors of the shooting and family members of those who were killed filed the suit in federal court Thursday.

The plaintiffs say the city and its officers violated the civil rights of the nightclub's attendees because they didn't immediately enter the building during the attack.

The Orlando Sentinel quotes the lawsuit as saying, "These defendants chose to allow the patrons of the club to be massacred while these defendants ensured only that they themselves were safe."

The city of Orlando and the Orlando Police Department said in a joint statement they have yet to see the lawsuit and refused to comment.