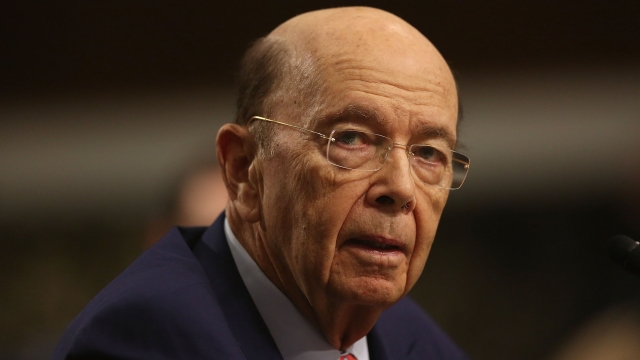 SMS
Citizenship Question Blocked From 2020 Census For Third Time
By LeeAnne Lowry
By LeeAnne Lowry
April 6, 2019
A federal judge in Maryland said the question violates both the Administrative Procedure Act and the U.S. Constitution.
SHOW TRANSCRIPT

On Friday, a federal judge in Maryland ruled the Trump administration cannot add a citizenship question to the 2020 census. This is the third time the question has been struck down in federal court.

In a 119-page ruling, the judge wrote, "The unreasonableness of Defendants' addition of a citizenship question to the Census is underscored by the lack of any genuine need for the citizenship question, the woefully deficient process that led to it, the mysterious and potentially improper political considerations that motivated the decision and the clear pretext offered to the public."

The judge also said the question violates both the Administrative Procedure Act and the U.S. Constitution.

The Administrative Procedure Act requires government officials to disclose the reasoning behind their decisions. While Commerce Secretary Wilbur Ross said the question is meant to enforce the Voting Rights Act, administrative records suggest that wasn't his actual intention.

As for the constitutional violation — the census is required by the Enumeration Clause. It mandates an accurate count of every person living in the United States every 10 years. The judge ruled that by adding a question that could deter people from participating in the census, the count could become inaccurate.

From 1970 to 2000, a citizenship question appeared on some extended questionnaires given to a sample of the population. Then the Census Bureau replaced the longer census survey with a yearly survey of 1 in every 38 households. That annual survey — which is meant to understand the social and economic needs of communities — still includes the citizenship question.

The Trump administration has appealed the past two rulings and will likely appeal this one. Later this month, the Supreme Court is set to make a decision on whether or not to reverse the decisions.