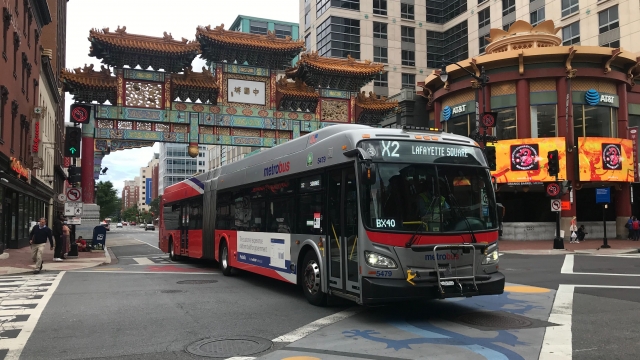 At the beginning of the pandemic, Detroit bus driver Jason Hargrove warned of COVID-19’s threat to public transit.

In the two months since he died from the virus himself, Detroit and other cities transformed the bus experience.

Masks are provided to drivers and a requirement for passengers.

Boarding often is in the back now and free of charge to keep riders away from bus operators.

Still, 25 out of 550 drivers in Detroit are positive right now with coronavirus.

Hargrove remains the only death.

His best friend and fellow driver Eric Colts told U.S. House lawmakers last week that the city bus is still a dangerous place to be.

“You still have people that are actually coming out with no masks or are just riding the bus because it’s just free,” Colts said while appearing by videoconference at the Select Subcommittee on the Coronavirus Crisis.

Newsy found cities are struggling to create a safe environment on public transit as they prepare for the return of commuters and other riders.

In Detroit, Colts said masks now given to passengers sometimes run out.

The transit system also is among several trying to develop a better shield for drivers.

“We’ve looked at some of the plastic curtains and we wonder, does that restrict visibility of the driver?” Berry said. “We don’t want to solve one issue and create a bigger one.”

The Denver area’s Regional Transportation District is working to overcome supply chain shortages to get hand sanitizer for passengers.

New York City is testing ultraviolet light to kill the virus on subway and bus handrails, an imperfect solution.

“Over the course of the day, it will steadily get contaminated again,” said David Brenner, a professor at Columbia University’s Center for Radiological Research.

New York transit officials concede six feet of social distancing will be impossible at times on the MTA, the largest public transit system in the country.

Officials with Washington’s Metro system have said another challenge is predicting how many people will actually ride the bus or rails again.

Buses you could once pack with riders standing up are now capped at just 20 people in a number of cities for social distancing.

A survey earlier this month by MassINC Polling Group found a third of Boston-area residents said they would ride transit less often than before the pandemic.

“There’s an expense to that,” she said. “No idea if it’ll be utilized or not, but we can’t take that risk that we’re going to have crowded buses.”

The Amalgamated Transit Union is still calling on the CDC to encourage stricter protections for buses, including guidelines for testing drivers for coronavirus and for bus air filtration standards.