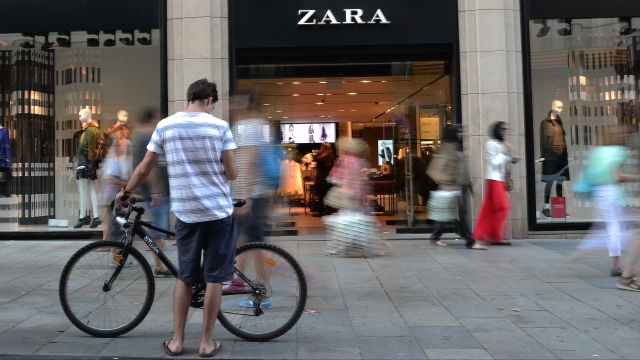 Businesses that would typically see customers coming from work nearby are seeing a decrease in revenue.

More companies are making remote work permanent, and while that’s nice for many employees out there, city leaders are worried about the impact it will have on the economy that relies on office workers.

Spending by employees on lunch, transportation and shopping at businesses near their place of work has already taken a huge hit.

Nearly 60% of people are continuing to work from home, and the estimates for the next few years don’t look much better.

For example, the average office worker in New York City is predicted to cut their annual near-office spending in half. That means they would be spending nearly $7,000 less than they would pre-pandemic. This is the largest drop of any major U.S. city followed by Los Angeles, San Francisco and Atlanta.

New York City Mayor Eric Adams and New York Governor Kathy Hochul have expressed concern, and they want the city’s million-plus private sector workers to get back to the carpeted walls of their cubicle.

“Who we were pre-COVID is not who we are post-COVID," Mayor Adams said. "But I do know this: In order for our economic, financial ecosystem to function, we have to have human interaction. It can’t be done from home. If we do that, then we’re going to greatly impact low wage workers."

“We say 'Everybody back in the office. You can have a flex time, but we need you back, at least the majority of the week, come on back, New Yorkers, we miss you,'" Gov. Hochul said.

In Philadelphia, a recent analysis found that the city could see 19,000 fewer workers commute to work per day. Researchers noted remote work could have a significant long-term impact on the city's wage tax, which has produced about half of the city’s local tax revenue in recent years.

San Francisco expects about a third of its employees to work from home indefinitely. The city is a tech hub, so a lot of its employees easily transitioned to full-time at-home work throughout the pandemic.

San Francisco Mayor London Breed says the impact of remote work on the economy is noticeable.

“We see it in our empty downtown offices, in the for-lease signs in Union Square, the half-filled hotels," Mayor Breed said.

By the end of last year, Seattle saw only 18% of its downtown commuters taking public transit to work, down from about half of commuters during pre-pandemic times.

Overall, these changes could radically reshape many parts of major cities.

Data from the American Public Transportation Association shows that nationwide ridership has recovered to only about 60% of pre-pandemic levels, and there’s fears that these systems could see cuts.

To help out these local agencies, President Joe Biden and the U.S. Department of Transportation recently awarded $2.2 billion in grants to help support essential transit jobs.

As far as the impact on businesses and low-wage workers, a U.S. Bureau of Labor Statistics report from March showed that over 2.5 million people were unable to work because their employer closed or lost business during the pandemic.

While higher-paid workers are more likely to have the option to work from home, which saves them time and money, lower-wage workers are suffering as we see patrons from places like coffee shops and lunch spots declining.

Ultimately, when these businesses close their doors, those workers are out of a job.