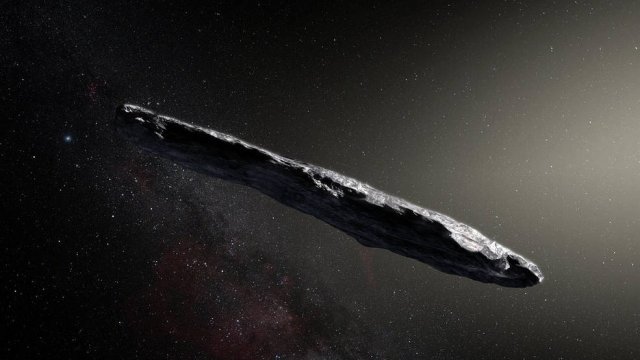 SMS
NASA Says This Asteroid Is A First For More Than One Reason
By Ryan Biek
By Ryan Biek
November 21, 2017
Scientists have discovered an interstellar object entering our solar system, and its bizarre shape could yield important info.
SHOW TRANSCRIPT

For the first time, scientists have discovered an interstellar object — and its cigar-like shape is puzzling scientists.

Nicknamed 'Oumuamua, the asteroid could be 10 times longer than it is wide. NASA notes it's never seen an asteroid like it.

Paul Chodas from NASA's Center for Near Earth Object Studies said, "This object is simply a piece of another solar system that was expelled, and it has been traveling through interstellar space hundreds of millions of years — billions of years — we don't know."

But besides novelty, the long and thin shape could give scientists clues as to how different solar systems formed.

Time is ticking, though. The asteroid is already on its way out of our solar system, and it's rapidly fading from our view. 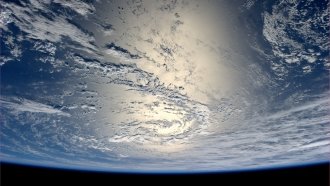 Between orbiting and ground-based telescopes, NASA expects scientists have a little less than a month to get as much data as they can.