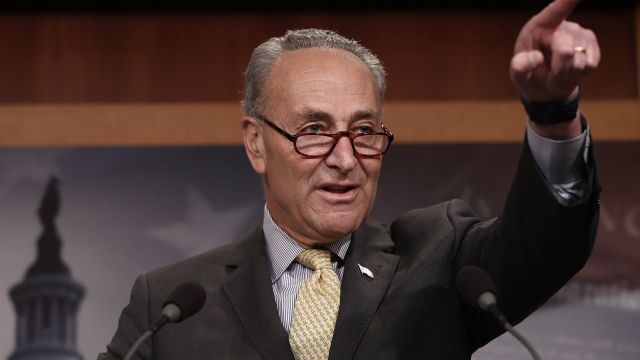 Federal appeals judge Neil Gorsuch has finished testifying about why he should get a seat on the Supreme Court. The rest is up to the Senate.

But how the Senate will rule is starting to look a little uncertain. Top Democrat Chuck Schumer said Thursday he's planning to organize a filibuster of Gorsuch's nomination.

"Judge Gorsuch was unable to sufficiently convince me that he'd be an independent check on a president who has shown almost no restraint from executive overreach," Schumer said.

Gorsuch had been pressed on the idea that President Donald Trump wanted to nominate a judge who would overturn Roe v. Wade. 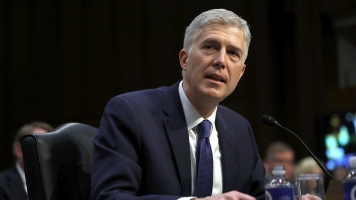 "Did he ever ask you to overrule Roe v. Wade?" Sen. Lindsey Graham asked.

"What would you have done if he'd asked?" Graham asked.

"Senator, I would have walked out the door. … That is not what judges do. They don't do it at that end of Pennsylvania Avenue, and they shouldn't do it at this end, either," Gorsuch said.

But that wasn't good enough for Schumer.

"He is someone who almost instinctively favors the powerful over the weak, corporations over working Americans. There could not be a worse time for someone with those instincts," Schumer said.

Schumer wants his Democratic colleagues to vote "no" on Gorsuch. He also wants to make sure the Senate sticks to the 60-vote rule for breaking filibusters of Supreme Court nominees. Senate Republicans have alluded to changing the rules in order to allow a simple majority to confirm Gorsuch — the so-called "nuclear option."