In Testimony, Ford Says She Feared Kavanaugh Was Going To Rape Her 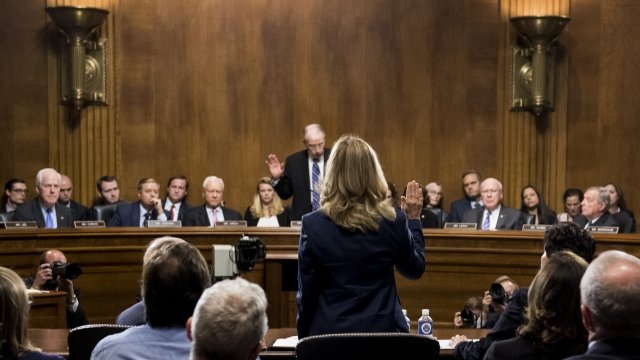 "I am here today not because I want to be. I am terrified. I am here because I believe it is my civic duty to tell you what happened to me while Brett Kavanaugh and I were in high school," Ford said.

In her opening statement, she detailed her accusation against Supreme Court nominee Brett Kavanaugh. She says he was "visibly drunk" when he locked her in a bedroom and assaulted her. She believed he was going to rape her.

"What is the strongest memory you have? Strongest memory of the incident, something you can not forget. Take whatever time you need," Sen. Leahy asked.

Multiple Democrats on the committee thanked her for testifying and repeated calls for an FBI investigation into her claims.

Questions from the Republican side came via a prosecutor instead of the senators themselves. Prosecutor Rachel Mitchell focused on the details of Ford's story, though her style of questioning seemed to bring a courtroom trial feel.

Kavanaugh has repeatedly denied Ford's allegation. Each senator will presumably need to determine which story they deem more credible.