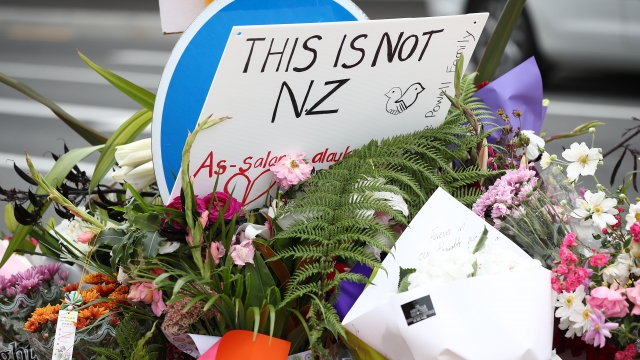 The man accused of carrying out attacks on two mosques in New Zealand last month will face 50 murder charges and 39 attempted murder charges when he appears in court Friday. Police say other charges are still being considered.

It'll be the suspect's second court appearance, and he will not be required to enter a plea yet.

The judge said this hearing will mostly be about the suspect's legal representation. He declined to use a court-appointed lawyer. Since he reportedly sent a white supremacist manifesto to the prime minister, lawmakers and media moments before carrying out the massacre, some people are worried he might use the trial as a platform to spread those beliefs.

The judge in the case denied all applications to take photos or video during the hearing. He said any images of the suspect from the previous trial must be pixelated to obscure his face. New Zealand law restricts media coverage of proceedings to avoid influencing potential jurors.