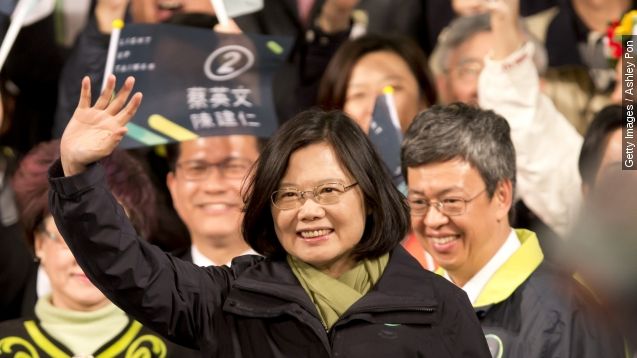 The response came after Taiwan elected Tsai Ing-wen of the DPP as the country's first female president.

The Global Times, published by China's Communist Party, said in an editorial, "Tsai should keep in mind that if she revisits Chen’s dangerous path to cross the red line of cross-Straits relations, she will meet a dead end."

The outlet was referencing Chen Shui-bian, the last DPP president who left office in 2008. Chen's known for advocating for independence from China and was imprisoned shortly after his last term.

Chen claims he and his wife were prosecuted on false corruption charges because of Chen's criticism of China.

During a press conference, Tsai said she wants stable relations with China, but wants those relations to be based on "dignity and reciprocity."